The National Union of Journalists has supported calls by the family for witnesses in the Creggan area of Derry on 18 April 2019 to come forward with any information which may assist in the prosecution of those responsible for her killing.

In a letter to Creggan residents this week the family called on the public to assist them in seeking justice for Lyra. 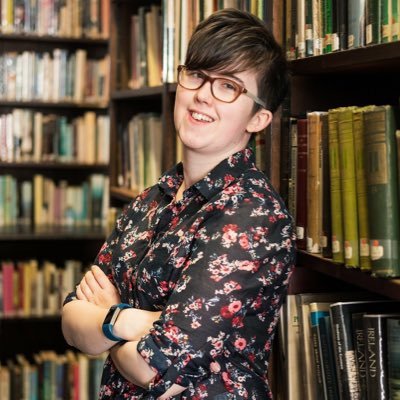 At a meeting of the union’s Irish Executive Council in Dublin today, Séamus Dooley, Assistant General Secretary echoed calls by the McKee family and her partner Sara Canning to anyone with information to assist with the PSNI investigation.

He said: “This weekend letters will be circulated throughout Creggan. This is the latest in a series of public appeals by the McKee family and by Sara Canning and as Lyra’s trade union we salute their steadfast determination.

“We hope that the second anniversary will prompt witnesses to come forward with new information. I know that in the immediate aftermath of the killing there was a climate of fear and intimidation in Derry, but it is vital that those responsible for the killing of a brave, talented and courageous journalist are brought to justice.

“It is fitting that in Derry on Sunday public buildings will be lit up in rainbow colours and there will be many tributes to Lyra’s remarkable legacy. That is as it should be but the greatest tribute to Lyra would be the arrest and prosecution of all those responsible for her killing. That would send a clear signal to the community that violence, harassment and intimidation have no place in Northern Ireland and will not be tolerated.”

In a statement to mark the second anniversary of Lyra’s murder Michelle Stanistreet, General Secretary said: “Our thoughts are with Lyra’s partner, Sara, with the McKee family and Lyra’s diverse circle of friends and colleagues who share in the pain of her loss. Lyra wrote eloquently of the need to protect the hard won peace which followed the Good Friday Agreement and was acutely aware of the need to encourage people away from violence. At this time her voice and her fine journalism is sorely missed.

“At the postponed NUJ delegate meeting next month we will have an opportunity to honour Lyra’s memory.

“We will also be discussing the unacceptable threats to journalists in Northern Ireland over the past two years and the targeting in particular of women journalists.

“Journalists must be allowed to work free from intimidation. In saluting Lyra we also stand in solidarity with all journalists who have endured threats from those who wish to silence the media.”