THE NATIONAL Union of Journalists has described as “off the wall” comments by Finance Minister Michael Noonan regarding the role of investigative journalists.

In the wake of the publication of the Anglo Irish tapes transcripts Mr Noonan said “other people should not be mucking around in Garda business” while it has been confirmed that there is to be an investigation in to the circumstances in which the tapes were leaked to the Irish Independent and Sunday Independent.

NUJ Irish Secretary Séamus Dooley said Mr Noonan’s description of investigation journalism was “reflective of a degree of arrogance and ignorance on the part of a senior government minister”. 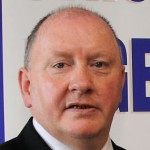 In a statement he said: “The Irish Independent and Sunday Independent have done a public service by revealing the contempt in which Anglo Irish Bank executives held not just the government but the Irish people. The tapes reveal uncomfortable truths, the essence of public interest journalism.

In the world inhabited by Mr Noonan only state authorities would appear to have the right to ask questions, to shine a light into dark corners, to seek the truth. As Minister for Finance and as a former Minister for Justice Mr Noonan knows that it is the function of an independent media in a democratic society to put in to the public domain facts which others may wish to hide.

It would have been preferable if the unvarnished truth about Anglo Irish Banks had been made freely available but in the absence of such transparency citizens rely on journalists to root out facts.

The argument that only Gardai investigate wrongdoing is an insult to the work of investigative journalists in the print and broadcast media. Without the “messing around” of Veronica Guerin we would not have had the Criminal Assets Bureau, without the “messing around” of George Lee and Charlie Bird the wrong doing at the National Irish Bank would not have been exposed, without Prime Time Investigates we would never have known about the vile abuse at Leas Cross Nursing Home.

Veronica Guerin and, in Northern Ireland Martin O’Hagan, have paid the ultimate price for their public interest journalism. Throughout the world journalists work against the interest of governments, financial institutions and other vested interests and it is never enough to leave investigations to State appointed agencies or the security forces.

Media organisations must always be aware of the implications of published leaked documents and Independent Newspapers have acted responsibly in the manner in which the Anglo Tapes have been put in to the public domain.
An already enraged pubic has been left reeling by the revelation that public funds are to be devoted to uncovering the source of the leak to the Irish Independent and the Sunday Independent rather than a public investigation which exposes the truth.

It is ironic that this announcement should come only hours after publication of the Protected Disclosures Bill 2013, also known as the Whistleblowing Bill. If this government is committed to open public administration Mr Noonan and his colleagues must recognise that the essence of open government is genuine transparency complemented by a free media.”