The NUJ has called on Independent Newspapers (Ireland) to withdraw plans for the proposed closure of the company’s defined benefit pension schemes. The union has also protested at the manner in which scheme trustees, elected by workers, have been treated by the company.

NUJ Irish Secretary, Séamus Dooley, has confirmed the trustees of the scheme were not afforded the opportunity to discuss the closure in advance of the preparation of detailed information packs sent to current scheme members, including former staff who have not yet reached retirement age (deferred pensioners). The elected trustees have been treated with complete contempt. 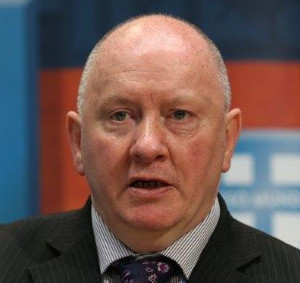 “I am advised that the proposed changes were not considered by the trustees of the scheme and that the elected trustees were presented with the documentation as a fait accompli. The change in funding was not discussed in advance by the trustees, despite their statutory obligations under Section 59 of the Pensions Act.

“The proposals are a clear breach of the Section 50 agreement reached with the trustees, Independent News and Media Plc and the Pensions Board in 2013 which contained a specific commitment to 10 year funding of the defined benefit scheme. The manner in which this matter is being handled raises serious issues in relation to corporate governance and highlights the need for stronger laws governing pension schemes and also in relation to the power of trustees.

“It is a matter of considerable concern that there has been no consultation with the representative trade unions in relation to these proposals. There is a long standing practice of consultation with the Dublin Printing Group of Unions on pension matters but on this occasion neither the trustees or the trade unions were consulted on a move which has clearly been planned for some time.”

The union is seeking the support of the ICTU and sister unions in their opposition to the closure of the schemes. The NUJ has also contacted the Pensions Authority.