THE National Union of Journalists has called on the Chairman of the Constitutional Convention Mr Tom Arnold to ensure that the Convention, which opens in Dublin Castle tomorrow, operates with maximum transparency. Irish Secretary Séamus Dooley has also called on the Taoiseach and the Tánaiste to take steps to end the secrecy surroundng the names of the 66 citizen members convention currently being constituted. 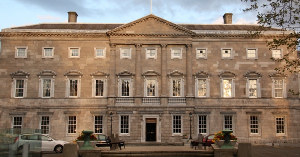 In a statement Séamus Dooley, Irish Secretary said: The Constitutional Convention is a bold initiaitve which has the potential to bring about fundamental change in the polical landscape of this Republic. The findings of the Convention could impact on the lives of generations of Irish citizens. For that reason the Irish Executive Council of the NUJ has called on the Government to take whatever steps are necessary to ensure that the names of all particpiants are made available. We also beleive that the identity of all consultants engaged by the Convention should be made public.

At a practical level coverage of the Convention and indeed the live streaming of the plenary sessions will be severely restricted if the secrecy surrounding some participintants is imposed.”

Mr Dooley added: “I have tremendous respect for Mr Tom Arnold, through his work with Concern and as Chairman of The Irish Times Trust and hope he will do everything possible to ensure that the Convention which he chairs will operate in an open and transparent manner. One of the fears expressed by citizens is that they could be bombarded or lobbied by pressure grounds. It should be possible to assign email addresses and a central contact point for all members which would not compromise their privacy while facilitating legitimate lobbying by those who, like members of the Constitutional Convention, have a stake in the Republic.”