Sir, – The imminent closure of the Offaly Express newspaper is further evidence if any were needed of the urgent requirement for a Commission on Media Ownership and Plurality in this country. 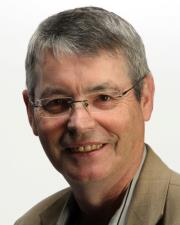 The heavily indebted overseas owners of many of Ireland’s regional newspapers have become the 21st-century equivalent of absentee landlords with rural communities expected to pay for their financial woes.

The closure of a newspaper not only means the loss of jobs; it takes with it part of the soul of the community it serves. Local newspapers play a unique role in chronicling readers’ lives and deeds – from birth, to Holy Communions, sporting achievements, weddings and final passing – in a way no other medium can hope to match.

The Taoiseach’s fellow Mayoman and former Irish Times journalist, the late John Healy, once proclaimed “no one shouted stop”. The Offaly Express is just the latest in a series of newspaper closures around the country and it is time for Enda Kenny and his Government to shout stop and establish a commission to investigate the plight of the regional newspaper sector, as well as the growing concentration of ownership in the Irish media generally. – Yours, etc,

← NUJ Calls for Commission on Media Ownership
Save the Offaly Express →