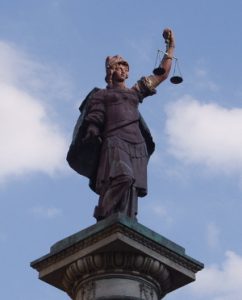 Séamus Dooley, Acting General Secretary (UK & Ireland) said the provisions that judges cannot be named or details of any censure published “can only serve to undermine the very principles which are supposed to underpin the Judicial Council.” Only in exceptional cases will inquiries be held in public.”
Noting that the Bill has been initiated in Seanad Éireann, where the government does not have a majority, Séamus Dooley also called on all non-government senators, including Fianna Fáil, to co-operate in securing amendments to the proposed legislation.
In a statement he said: “We are entering Alice in Wonderland territory when it is proposed that judges who are censured for misconduct by the new council after a comprehensive inquiry chaired by a senior judge should be protected by a cloak of anonymity.
The secrecy provisions defeat the aim of the legislation, which is to instil confidence in the judiciary and the judicial process. Those who appear before the courts are entitled to know if a judge has been censured. The vast majority of judges will never appear before the Council and should not be tainted by the suspicion which secrecy inevitably breeds. Publication of an anonymised annual report will do nothing to instil confidence.”
He added: “The function of the Judicial Conduct Committee is defined as ‘promoting and maintaining high standards of conduct among judges, having regard to the principles of judicial conduct requiring judges to uphold and exemplify judicial independence, impartiality, integrity, propriety (including the appearance of propriety), competence and diligence and to ensure equality of treatment to all persons before the courts.’ It is difficult to see how the appearance of propriety is best served by non-disclosure of censured handed down following due process.
Notwithstanding the distinct role of the courts in a democracy it is difficult to see why judges who have been sanctioned should be afforded a degree of anonymity not available to individual doctors, nurses, social workers, pharmacists or in the case of the BAI and Press Council of Ireland, media organisations.
It is worth noting that the Legal Services Regulatory Authority will be holding inquiries into the conduct of barristers and solicitors in public and no anonymity will be provided.
The legislation provides for private inquiries but the Judicial Conduct Committee can direct that “to safeguard the administration of justice” an inquiry should be held in public.
The NUJ believes that the balance should be adjusted and that inquiries should be held in public, other than in exceptional circumstances identified by the Judicial Conduct Committee.
We regard as draconian the imposition of a 12 month jail sentence or a fine of up to £5,000 for publication of documents or evidence provided to the inquiry.
It could be argued that this provision runs contrary to the spirit of judgments of the Supreme Court and the ECHR, including the Irish Supreme Court ruling in the Kennedy and Keena case. The publication of information on a sanction imposed on a judge would clearly pass the public interest test.”
Séamus Dooley concluded: “The integrity and independence of the judiciary is fundamental in a democratic republic. That independence can only be enhanced by openness and transparency, while having due regard to the right to due process. We hope senators will revisit the bill and use the legislative process to amend the unacceptable secrecy provisions”