THE National Union of Journalists in Ireland is marking World Press Freedom Day with a series of events in Dublin. Union President Barry McCall demanded action to protect media plurality across Europe. 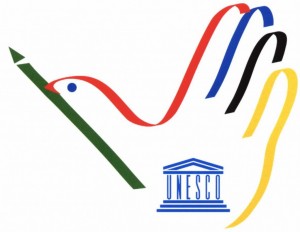 Later the NUJ President joined senior NUJ and Amnesty International Ireland figures in laying a wreath at the Veronica Guerin statue in Dublin Castle gardens declaring, “We salute those who have died in the cause of the truth. We also need to protect our ability to communicate the truth on a global basis and across all platforms in the future.”

At a meeting of Dublin branch in Liberty Hall NUJ President Barry McCall called for public support for the European Citizens Initiative which calls on the European Commission to bring forward measures to protect media pluralism and press freedom.

Mr McCall said: “It is standard practice for governments and competition authorities to intervene when a firm becomes dominant in any sector? But the media industry is even more sensitive to such dominance as with it comes potentially immense political power and influence. This is why different standards and thresholds must be applied to this bulwark of democracy and why the NUJ is supporting the European Citizens’ Initiative aimed at gathering a million signatures to a petition calling on the European Commission to bring forward to protect media pluralism and press freedom.

We need 9,000 signatures from Ireland to play our part in this critically important initiative. The NUJ will be campaigning to get its own members to sign up to the petition and we are calling on all trade unions, political parties, and the Irish people generally to get behind it so that we can prevent abuses of media power in this country in future.”

Irish Executive Council Cathaoirleach Gerry Curran told the branch that media freedom involved taking a stand in defence of journalism at home and abroad. Highlighting the fact that the NUJ will host the World Congress of the IFJ in Dublin next month he said the international focus on Ireland would give the NUJ a special role in highlighting the abuse of journalists throughout the world.

Irish Secretary Séamus Dooley joined Amnesty International Ireland in calling for the release of journalists like Ali Mahmoud Othman who are detained in Syria.

The NUJ and Amnesty International will jointly lay a wreath at the Veronica Guerin memorial in Dublin Castle at 3.30pm today, Friday 3rd May in memory of all the journalists who have been killed in the course of their work (Photos distributed afterwards by Maxwells).

“Syria is now the world’s most dangerous place to be a journalist. Scores of journalists have been detained, tortured or killed over the last two years. Others, like Ali Mahmoud Othman are detained in secret locations. Together with the National Union of Journalists we are today calling for the release of all journalists detained solely for their work to tell the world what is happening in Syria today.”

“It is our duty to ensure that each one of those journalists is remembered. Here in Ireland we know the pain felt by the murders of Martin O’Hagan and Veronica Guerin, both NUJ members committed to the highest principles of journalism.”