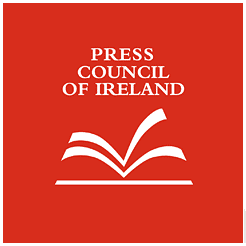 The Chairman of the Press Council of Ireland, Mr Daithi O’Ceallaigh, said: “I am delighted that Peter Feeney has accepted the Press Council’s invitation to be our next Press Ombudsman. He has enjoyed a long and respected media career with a strong commitment to standards in journalism, news and current affairs. Mr Feeney has considerable experience in the area of compliance and complaint handling and we look forward very much to working with him.”

Peter Feeney has been an independent member of the Press Council of Ireland since October 2013. He was RTÉ’s Freedom of Information Officer from 2000, and he later became Head of Broadcast Compliance and managed RTÉ’s processes in dealing with complaints to the Broadcasting Authority of Ireland. He was also responsible for the production of guidelines and training in programme standards. From 1990 to 1997 he was Editor of Current Affairs Television in RTÉ. Before joining RTÉ he lectured in politics in the University of Ulster.