THREE former members of a Roman Catholic religious order tell the story of their journey from belief to unbelief.

Joe Armstrong, John O’Sullivan and Declan Wynne were three of twenty novices to enter the novitiate and seminary of the Marist Fathers at Mount Saint Mary’s, Milltown, Dublin, in September 1980. You can now listen to their story at the Documentary on One archive. 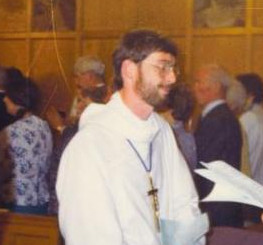 Of the twenty who entered that year, only three remain in religious life. Some of those who entered in 1980 are no longer believers.

Joe, John and Declan tell their stories of coming to unbelief.

Joe left after nine years. Declan after ordination, having spent thirteen years in the order. John is the most recent to leave: he was a member of the order for some thirty years.

Each man speaks of the insights, realisations and key events in their personal paths starting with each man’s sense of a call to the priesthood and religious life; entering the seminary; their challenges, questions and crises; their deeply personal and painful decisions to leave religious life; and their contented lives today as unbelievers.

The documentary is not only the personal story of three men: their lives may be seen as a microcosm for the transformation taking place in Irish society in the last 50 years. In the early 1980s there were some forty seminarians in the Marist Fathers’ seminary in Ireland alone. Nowadays, there are no Irish seminarians in the order and Mount Saint Mary’s is no longer a seminary. The chapel which once reverberated to the sound of many young vibrant seminarians now lies silent and is rarely used. As recently as the early 1980s, the houses of the Marist Fathers in Ireland boasted full communities of priests, compared to the small and aging communities remaining today.

Thirty-two years after entering the order, Joe revisits the former seminary in the company of Father Denis Green SM, now in his nineties, who used to be Joe’s spiritual director.

‘Documentary on One is the home of Irish radio documentaries and the largest library of documentary podcasts available anywhere in the world. We tell stories in sound, mostly Irish ones, and each documentary tells its own story’

Joe Armstrong was born in Dublin and grew up in Donnycarney on the city’s northside. He spent nine years studying for the Roman Catholic priesthood but left shortly before ordination. He taught English and religion at Saint Bonaventure’s Comprehensive School in London’s East End for five years. He met and married Ruth while in England and the couple returned to Ireland after the birth of their son.
Joe is an author, journalist and editor. He spent seven years as a columnist with The Irish Times and he was managing editor for Ireland of an international academic publisher. He is a former chair of Irish PEN. This is his first documentary.
Joe’s website is www.joearmstrong.ie