THE National Union of Journalists has called on the Minister for Communications, Energy and Natural Resources Pat Rabbitte to urgently review the Broadcasting Act following the determination by the Broadcasting Authority of Ireland that Denis O’Brien does not control Independent News & Media .

The NUJ said the determination would probably come as a major surprise to Mr O’Brien and to the O’Reilly family. 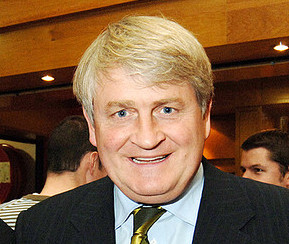 In a statement Séamus Dooley, NUJ Irish Secretary, said the distinction drawn under the current legislation governing broadcasting between “control” and having a “substantial interest” in a company was meaningless in the context of national broadcasting policy.

Mr Dooley said: “Mr O’Brien’s “substantial interest” in INM is acknowledged by the Board of the BAI.  ‘Substantial interest’ is defined as having “sufficient proprietary, financial and voting strength” in a company “to be able to influence directly or indirectly to an appreciable extent the strategic direction or policy” of the company.’  Mr O’Brien, who controls a significant number of radio stations, now influences the policy of the most powerful media group in Ireland yet the Board of the BAI is powerless to take any action other than to note this on-going undermining of media diversity”.

Mr Dooley added: “The NUJ has long advocated a Media Commission to examine all aspects of media ownership in Ireland and today’s statement by the Broadcasting Authority of Ireland underlines the need for an urgent review of media ownership policy. It also suggests that there is a need for new legislation and the replacement of the current Broadcast Act, which we view as deeply flawed.  What we need is a broadcasting policy which prevents media dominance and which enables diverse media to flourish. The distinctions drawn by the BAI may be correct in terms of the legislation but to anyone outside the Authority, including Denis O’Brien and Sir Anthony O’Reilly, the determination that O’Brien does not actually control Independent News & Media must be something of a surprise!”

NUJ vice President Barry McCall said: “As a union with a substantial interest in media freedom we call on the Government to expedite legislation allowing for the transfer of responsibility for media mergers from the Department of, Jobs, Enterprise and Innovation to the Department of Communications, Energy and Natural Resources.  The move must be accompanied by meaningful reform eradicating the potential for media dominance by any powerful individual or company.”

Aimed at writers, photographers and PR practitioners, and hoping to cover print, broadcast and online media, Freelance Forum is organised by Dublin Freelance NUJ branch with support from the Broadcasting Authority of Ireland.

In 2021, a combination of podcast interviews and live webinars are planned. Webinars will also allow for audience interaction, with Question & Answer sessions. As was the case last year, the podcasts will be uploaded and can be accessed using any podcast client, or directly from Soundcloud. However, places at the webinars may be limited.

A total of three Spring Webinars are planned. You can reserve a place at an individual Webinar, or at all three. There is no charge to attend the Freelance Forum webinar events.
Read more and sign up now.