Following his presentation at Freelance Forum, Philip O’Connor writes about how freelances can exploit the expertise gaps in major news organisations.

The ten days following the Dublin Freelance Forum have been very much “I-told-you-so” days, and the last 48 hours in particular. You may remember that, together with Brian O’Connell, I spoke about multimedia and new ways of making money. 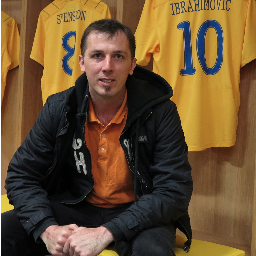 Earlier in the week, I predicted a shift in European footballing power from Spain to Germany – for those of you of a non-sporting nature, German sides came out on top in both Champions League semi-finals against Spanish opposition.

Naturally enough, I did it in the shape of my regular Champions League column for svenskafans.com, and on their EuroTalk web TV show this morning (Thursday April 25).

The idea of simply writing a column and leaving it at that is now entirely alien to me; like Brian and the syndication of articles, it’s now about find more ways to get paid for what is essentially the same job.

For you, that might be getting a couple of slots on local radio and picking up some contributor’s fees for a story you wrote. Not only will you get extra cash, your original commissioning editor will be pleased with the plug.

I got up at 4am yesterday and made a flying visit to London, where I spent the day discussing the future with some of the most senior editors of a major news agency.

Again, as I said at the Forum, they are not yet structurally ready to deal with what we as multimedia journalists offer, or how we work; they are still in silo mode.

By that, I mean they have a budget for TV, a budget for sport, a budget for lifestyle features. They have different editors with different priorities and tight budgets, so every pitch ends up turning into a Mexican standoff, with whoever blinks first having to cover my lunch.

But while the commissioning process is not yet optimal, what they did tell me is that us multimedia journalists are in for a pot of gold at their restructuring rainbow.

Our ability to multitask helps them squeeze the absolute maximum out of budgets that are under non-stop pressure. And what they do, national media will soon be adopting.

Lastly, I took off out of the web TV studio to do a corporate communications job for a listed Swedish company – again, it was my multimedia abilities that got me the job ahead of my colleagues and competitors.

I’m currently sitting with a 400-word article and pictures for their internal website, as well as a bunch of raw video material they will use internally. I’ve worked hard today, but given how lucrative it was, I could take tomorrow off.

But I won’t, because while on the corporate job I had some conversations with some people that have led to more stories, one of which has already been commissioned by a business magazine. Naturally enough, I’ve sold them the pictures to go with it too.

The rest will go in the book of ideas, and I’ll go about finding editors to commission them.

Some will get commissioned. Some won’t.

But whatever happens, I won’t be short of stories to tell – or sell – for a long time to come.

PS: The offer of lifetime support in 140 characters is still there – add @philipoconnor on Twitter and ask away.

← Get paid properly for your work, freelancers told
IFJ/EFJ Call for Global Fight Back Against Unfair Contracts →