There are places predicted for participants from each European country. (Download PDF for further details).

The deadline for application: 1 August!

From 16 to 18 October 2012, 100 young journalists from across the European Union will gather at the European Youth Media Days for seventy-two hours of high-ranking debates and hands-on media production. The hot topic of this year: the Euro crisis and its impact on the young generation will be reported in video, photo, radio, print and multimedia workshops. Application deadline is approaching: 1 August 2012. So make sure that you sent your CV, Motivation letter and two media productions in English to Cristina Pruna at c.pruna@youthpress.org 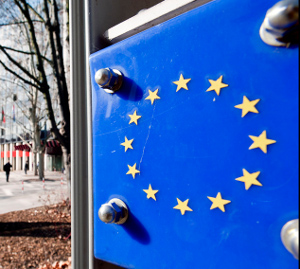 How to survive the crisis as an entrepreneur journalist? How to address the social effects of crisis? How to explain European policies in times of austerity? What is the impact of crisis on youth?

If these are topics that interest you then we invite you to apply to become one of the 100 young journalists, aged between 18 and 30, reporting from inside the European Parliament in Brussels between 16-18 October, 2012.

Participants’ travel costs (specific conditions apply, more information will be given after you have been selected) will be reimbursed by the European Parliament four to six weeks after the event, upon submission of all necessary documents (that will be sent by the European Parliament prior to the event). The European Parliament will also pay a €360 lump sum to working journalists (who need to provide a copy of a valid press card or a letter from their editor stating that they work as a journalist) and €180 lump sum to journalism students or interns (who need to provide a letter from their university or from the organisation they are interning at) to cover accommodation, meals and local transport. The lump sums will be paid at the same time with the travel reimbursement, 4-6 weeks after the event. Attention: for participants living in Brussels no lump sum or travel cost will be paid.

The young journalists chosen to participate will have to arrange their own accommodation and travel and to provide the necessary documents to the European Parliament for reimbursement.

Please note: EYP will charge a participation fee of €30 for journalism students and interns and €60 for working journalists prior to the event.

The call is open to young people interested in European media and politics, journalism students, or young professionals, aged 18 to 30, living in one of the 27 EU countries (or being an EU national abroad). The event will be held in English, so a working level of the language is required to make the best out of your participation. Young journalists from any other countries can participate at their own costs and need to contact the organizers prior to the 1st of August.

Please apply by uploading a CV, a motivation letter and minimum 2 media clips (of any type). Media clips that are not in English should have an English abstract.

Please sent your application by 1 August to Cristina Pruna at c.pruna@youthpress.org